Learn more
Size750mL Proof128 (64% ABV) *Please note that the ABV of this bottle may vary
Aged exactly six years, seven months and three days and bottled at cask strength of 128 proof, this bourbon is a tribute to Booker Noe’s grandmother, “Maw Maw.”
Notify me when this product is back in stock. 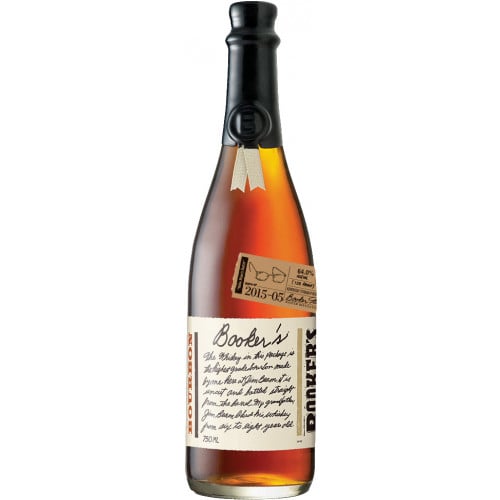 Booker’s “Maw Maw’s Batch” Kentucky Straight Bourbon Whiskey is a special tribute to Booker’s grandmother, whom he affectionately called “Maw Maw.” After living at Maw Maw’s house in Bardstown, KY during high school, Booker eventually moved next door when he returned from college. It was while living next door that Booker created the iconic recipe that his namesake bourbon is known for today.

Rich aroma of vanilla cake and pralines, which leads to a palate filled with toasted nuts, oak and corn pudding. The finish is long and warming, with subtle hints of orange marmalade.