Learn more
Size750mL Proof128.8 (64.4% ABV) *Please note that the ABV of this bottle may vary
This huge octane BBQ Bourbon is inspired by Noe’s love for hosting cookouts or “Bourbon-ques” in his backyard.
Notify me when this product is back in stock. 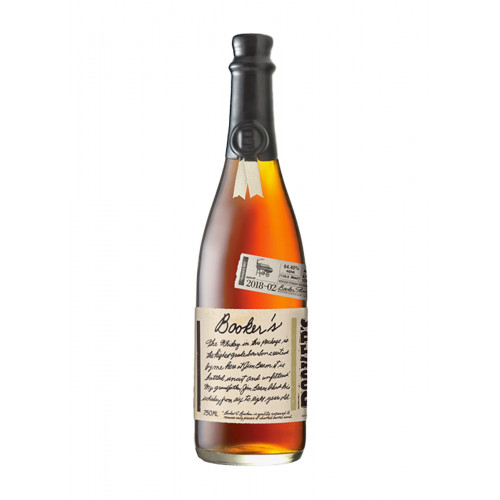 This high octane BBQ inspired Booker’s Bourbon is raw, uncut and unfiltered. This bourbon is the second release and iteration this year after “Kathleen’s Batch.” Comprised of barrels from six locations and three warehouses hand selected by Master Distiller Fred Noe on a cold spring day, this “Backyard BBQ” Bourbon is inspired by Noe’s love for hosting cookouts or “Bourbon-ques” in his backyard. At nearly 130 proof you can expect sweet, smoky notes of soft caramel, honey, cinnamon, and maple followed by smooth vanilla notes.

Hints of soft caramel, maple, honey and cinnamon, vanilla slowing making its way to the roof of your mouth. The finish is smooth, warming and sweet.