Size750mL Proof126.7 (63.35% ABV) - may vary
This special Blanton’s is bottled raw and uncut from the barrel, aged in the same section of Warehouse H as Blanton's Private Reserve was over 50 years ago. 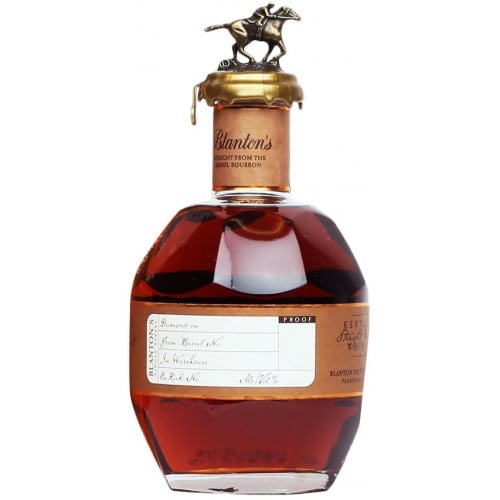 About Blanton's Straight From the Barrel Bourbon Whiskey

Today, Blanton's Original Single Barrel Bourbon Whiskey is still aged in the same section of Warehouse H as Blanton's Private Reserve was over 50 years ago. Made from a unique mash bill of corn, rye for spice, and malted barley. This bourbon is aged in white oak and bottled uncut and unfiltered. This special single barrel and cask strength release varies in ABV, ranging from 62% to 67%.

Powerful yet compelling alcohol burn on the nose. The palate is mouth coating and complex with notes of rye, caramel, oak, honey and vanilla, followed by a bold finish.