Size750mL Proof107 (53.5% ABV)
Based on the Original, Blanton's Gold is bottled at a higher 103 proof, making for a rich and flavor-packed bourbon. This release features a striking giftable box with the beautifully unique bottle inside. 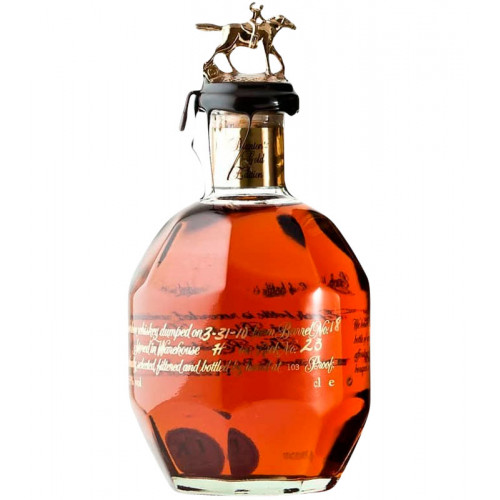 Blanton's Gold Edition is distilled from a sour mash of corn, rye, and malted barley and is aged in American White oak with a dark #4 char. Often described as a bolder more pronounced version of the original Blanton’s this bourbon is bottled at a higher proof than the original. “Blanton’s Gold Edition was created for discerning connoisseurs who appreciate exceptional smoothness and clean finish in their bourbon whiskey.” This release features a striking giftable box with the unique and beautiful bottle inside.

Get your gift box today!

Strong vanilla on the nose with dried fruit, dark chocolate, tobacco, honeyed notes, and cereal. The palate is rich with caramel, dark fruit, charred oak, and subtle peppery spice. The finish is lingering and pleasantly sweet with oak and vanilla.