$47.99
Rating:
73%
1
Caskers Rewards members earn up to 2 store points back when buying this bottle.

Size750mL Proof90 (45% ABV)
Aged for a minimum of three years, this bourbon is made from Black Dirt corn in upstate New York.
Notify me when this product is back in stock. 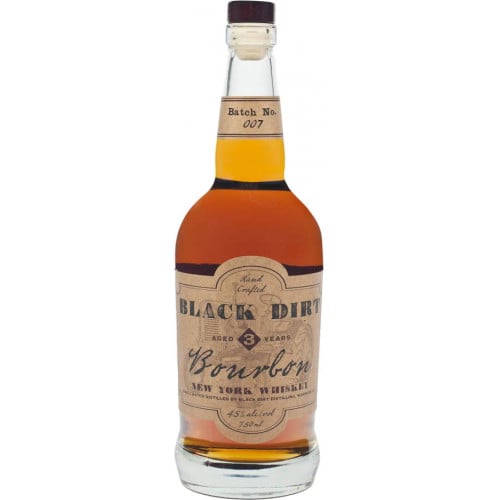 Black Dirt Bourbon has a dark amber hue, along with notes of dark chocolate, coffee, cinnamon and vanilla. In addition, notes of roasted corn, caramel and honey are well-balanced by a touch of spicy cloves.

Pick up one a bottle today!

Dark chocolate, coffee, cinnamon and vanilla. In addition, notes of roasted corn, caramel and honey are well-balanced by a touch of spicy cloves.