Be the first to review this product
Aged for six to seven years, Black Dirt Applejack is made exclusively from New York apples.
$49.99
Add to Wish List

Black Dirt Distillery takes its name from the dark, fertile soil left by an ancient glacial lake that once covered thousands of acres of upstate New York. Prior to the 19th century, farmers generally avoided the land because the soil — although rich — was poorly drained and often flooded. After a drainage canal was built in 1835, farmers began harvesting highly-prized Black Dirt onions and apples on the land. Eventually, the Black Dirt region became home to numerous applejack distilleries, which were ultimately forced to close as a result of Prohibition.

Black Dirt Applejack is made exclusively from New York apples grown in the rich, fertile hills surrounding the Black Dirt region. After the apples are pressed and fermented, they are distilled through Grizzanti's Christian Carl copper-pot still imported from Germany. After distillation, the applejack is aged for six to seven years in oak barrels.

Black Dirt Applejack has a rich, golden brown color. The initial hints of vanilla and honey are complemented by notes of fresh, sweet apples. As the notes of apple fade, lighter notes of cinnamon and spice appear, and lead to a sweet, satisfying finish.

Golden brown color. Initial hints of vanilla and honey are complemented by notes of fresh, sweet apples. As the notes of apple fade, lighter notes of cinnamon and spice appear, and lead to a sweet, satisfying finish. 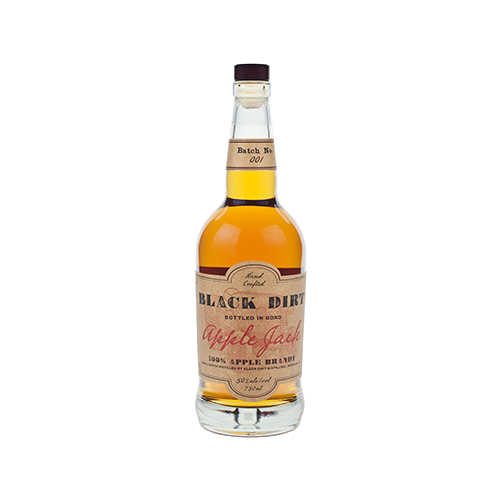