This product is available in: CA, CT, FL, NH, ND Unfortunately, we can't ship to PO Boxes and APO addresses.

Size750mL Proof90.4 (45.2% ABV)
Aged for a minimum of six years, this straight bourbon is the direct descendant of one of the most popular pre-Prohibition bourbons.

This product is available in: CA, CT, FL, NH, ND Unfortunately, we can't ship to PO Boxes and APO addresses. 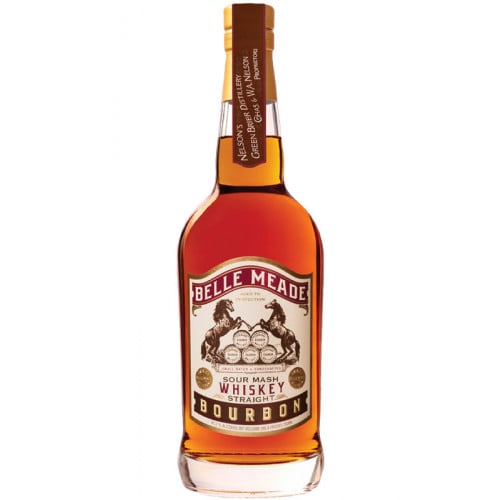 Charles Nelson was born on July 4, 1835 in a small town in the Mecklenburg-Schwerin state of northern Germany. In 1850, his father decided to move the family, which included five other siblings, to the United States for a chance at a better life. During the journey across the Atlantic, John Nelson passed away and Charles — just 15 years old at the time — found himself the breadwinner of the family.

After working at several odd jobs throughout the Northeast, Nelson settled in Nashville and opened a grocery store built on the foundation of his three best-selling products: coffee, meat and whiskey. Demand for Nelson's whiskey soared during Reconstruction such that he shuttered his grocery store and opened up his own distillery. The distillery, commonly known as "Old Number Five" due to the fact that it was given Distillery License #5, became one of the largest in the United States, and was the first to produce Belle Meade Straight Bourbon Whiskey. Old Number Five was eventually forced to close its doors during Prohibition, but today, Charlie and Andy Nelson — Charles Nelson's great-great-great grandsons — have taken up the family business once more.

Belle Meade Sour Mash Straight Bourbon Whiskey is made from a mashbill of 64% corn, 30% rye, and 6% malted barley. Once the grains are milled and mashed, they are fermented with two unique strains of yeast. "I think the two yeast strains really work well together to create that balanced flavor," says Andy, "not going too heavy or too light on any single characteristic." Following fermentation, the bourbon is distilled and matured in new, American oak casks.

Once the bourbon has matured for a minimum of six years (although the average age of the bourbon is closer to seven years), Charlie and Andy hand-select four different barrels to bring to proof and bottle by hand. "We choose each barrel based on how it will mingle with the other three in the batch," says Andy, "and we look to maintain a consistent, robust flavor profile."

Each bottle of Belle Meade Bourbon is adorned with a vintage label that includes the portrait of two horses whose origins can be traced back to the original Belle Meade Plantation in Nashville. The horse on the right, known as Bonnie Scotland, was one of Belle Meade's leading sires and was an ancestor to Man O' War, Seabiscuit and Secretariat. The horse on the left, who was known as Brown Dick, was the descendent of a horse simply named Whiskey. "He's the reason we removed their names from the label," says Andy, pointing to the horse on the left.

Belle Meade Bourbon has an aroma of maple syrup, caramel and citrus zest that opens up to notes of creamy vanilla, oak, peaches and spicy rye. The finish, while is smooth and mellow, has hints of dark fruits, including cherries and plums, that are accented by a touch of cinnamon and rye.

Aroma of maple syrup, caramel and citrus zest that opens up to notes of creamy vanilla, oak, peaches and spicy rye. The finish, while is smooth and mellow, has hints of dark fruits, including cherries and plums, that are accented by a touch of cinnamon and rye.