Caskers Rewards members earn up to 4 store points back when buying this bottle.
Size750mL Proof117.4 (58.7% ABV) - may vary
Each bottle of Belle Meade Bourbon is adorned with a vintage label that includes the portrait of two horses whose origins can be traced back to the original Belle Meade Plantation in Nashville. Aged for ten years, this Belle Meade Bourbon boasts an impressive 117.4 proof.
Notify me when this product is back in stock. 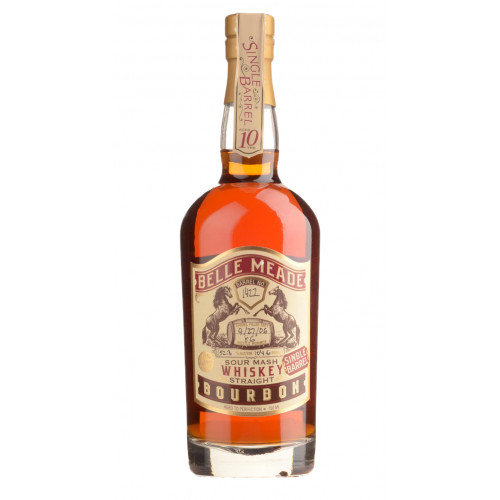 Each bottle of Belle Meade Bourbon is adorned with a vintage label that includes the portrait of two horses whose origins can be traced back to the original Belle Meade Plantation in Nashville. The horse on the right, known as Bonnie Scotland, was one of Belle Meade's leading sires and was an ancestor to Man O' War, Seabiscuit, and Secretariat. The horse on the left, who was known as Brown Dick, was the descendant of a horse simply named Whiskey. "He's the reason we removed their names from the label," says Andy, pointing to the horse on the left.

Aged for ten years, this bourbon boasts an impressive 117.4 proof (58.7% abv). This single barrel release was hand-selected for bottling. There will be variations among each individual barrel.