Learn more
Size750mL Proof86 (43% ABV) *Please note that the ABV of this bottle may vary
Distilled from grain, this gin is infused with botanicals that include juniper, coriander, angelica root, borage, sweet orange peel, lemon peel, and cardamom. It was named "Best in Class" at the San Francisco World Spirits Competition.
Notify me when this product is back in stock. 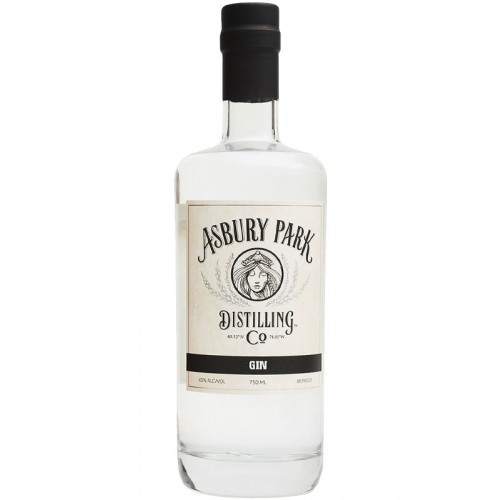 Asbury Park Distilling Gin is distilled from grain and infused with an exclusive blend of botanicals that include juniper, coriander, angelica root, borage, sweet orange peel, lemon peel, and cardamom. Bottled at 86 proof, it wasn't just awarded the coveted Double Gold Medal at the San Francisco World Spirits Competition in 2021 ― it was named "Best in Class" as well.

Get your bottle of this award-winning gin today!

The gin opens with juniper and bright lemon and orange aromas. The juniper takes the back seat on the palate, where it's joined by white pepper, borage, cardamom, and prominent pepper notes. The medium-bodied gin finishes with lingering spice notes.