Learn more
Size750mL Proof14 Year Old: 92 (46% ABV); Sauternes and Port: 100 (50% ABV) each *Please note that the ABV of this bottle may vary
Distilled by one of the last independent distilleries in Scotland, these whiskies are a testament to Scotland's rich heritage and tradition.
Notify me when this product is back in stock. 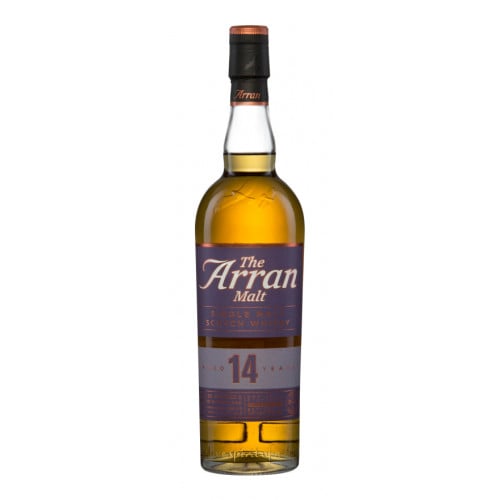 Following distillation, Arran 14 Year Old Single Malt Scotch Whisky was aged in a combination of first fill sherry and first fill bourbon casks. As a result, the whisky has a copper gold color, along with an aroma of dried fruits, vanilla and toffee. Notes of caramelized oranges and apples on the palate are followed by touches of hazelnuts, dates and tea cake, and lead to a warm, layered finish. The whisky earned the Double Gold Medal at the San Francisco World Spirits Competition in 2012 and the title "Best Island Single Malt"at the World Whisky Awards in 2011.

14 Year Old: Copper-gold color. Aroma of dried fruits, vanilla and toffee. Notes of caramelized oranges and apples on the palate are followed by touches of hazelnuts, dates and tea cake. Warm, layered finish.