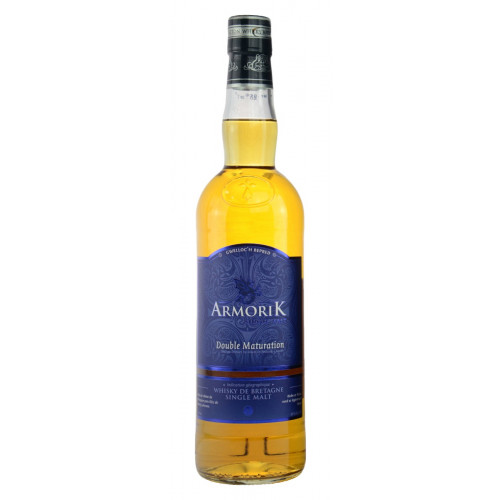 In the late 19th century, the Warenghem family, originating in Northern France, set up shop on the banks of the Léguer at Lannion, in the heart of the Trégor area and the pink granite coast. The patriarch Léon created the distillery and its first product, élixir d’Armorique whose fame rapidly spread beyond the boundaries of Brittany.

From 1901, Elixir d'Armorique, a skillful blend of 35 plants, is crowned with success, obtaining many distinctions in 1901 and 1902 at the international trade fairs of Brest then Bordeaux before going on to international renown, particularly in America. It is still being marketed one century later, and, in the tradition of major plant liqueurs, its taste still pleases.

Brittany’s coastal heathland is the perfect climate for maturation. The sea, wind and rain have forged its character that is second to none. The distillery boasts two copper stills utilizing a traditional double distillation technique, with a cellar that enables various types of casks to thoroughly mature the products.

Gilles Leizour meticulously crafted the distillery’s Breton and French whisky blend in 1987: the WB. The first Breton single malt whisky followed in 1998, the Armorik. The daring gamble of Breton whisky has paid off, Warenghem Distillery is a market leader in French whisky.

The cornerstone of the range, Armorik Classic comprises the best of their cellars in a highly refined edition. As a marriage of sherry and bourbon casks of different ages, it highlights the quality of the aging on the Breton Coasts and the expertise of their cellar manager. This Armorik Classic comes in a non-chill filtered version, thus refining its aromatic qualities.