Learn more
Size750mL Proof92 (46% ABV) *Please note that the ABV of this bottle may vary
Inspired by the final day of the Feis Ile Festival, this unique Ardbeg gem is finished in ex-rum casks.
Notify me when this product is back in stock. 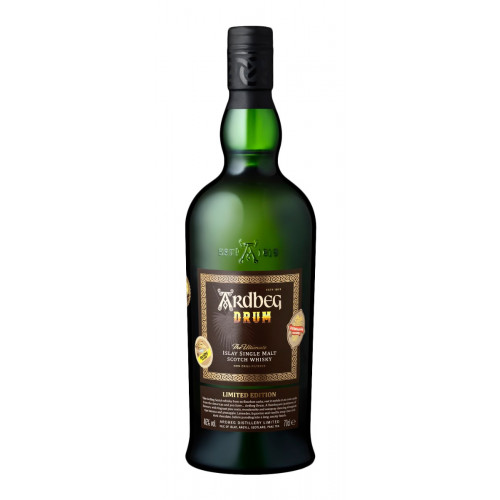 This Islay gem is inspired by the last day of the Feis Ile Festival, a carnival where locals transform everything on wheels into magnificent floats. Ardbeg Drum is an Ardbeg Scotch whisky from ex-Bourbon casks has been rested in ex-rum casks from the Americas to produce a downright wondrous paradiddle of aromas.