Caskers Rewards members earn up to 4 store points back when buying this bottle.
Size750mL Proof80 (40% ABV)
Alexander Murray’s Monumental Blend 18 years old is a robust and rich blended Scotch, honoring old whisky making traditions. It is a blend of select malt and grain whiskies that were matured in a combination of ex-Bourbon and ex-Sherry casks.
Notify me when this product is back in stock. 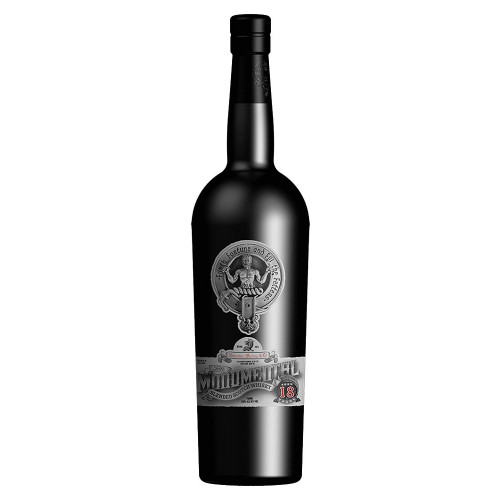 Monumental Blend is a range of bold blended Scotch whiskies that honor old whisky making traditions. The whisky is blended in a manner that was common during the Scotch whisky boom of the late nineteenth century, with big, vibrant single malt whiskies forming a strikingly rich backbone, and delicate grain whiskies added to lengthen and create dazzling depth.

The Monumental Blend 18 years old is a robust and rich blend of select malt and grain whiskies that were matured in a combination of ex-Bourbon and ex-Sherry casks. The malt whisky makes for a luxurious texture that coats the mouth, while grain whiskies help form a blend that is balanced, full of depth of character, and bursting with flavor. This slightly peated blended Scotch whisky is bottled at 40% ABV.

Slightly smoky whisky with aromas of sweet toffee, summer fruits and cereal on the nose. The palate is creamy, with butterscotch notes. The finish is long, warming and luxurious.