Size750mL Proof80 (40% ABV)
Ardlair showcases the unpeated side of the Ardmore distillery. This expression comes from a vatting of several hogsheads and is bottled at 80 proof. Nutty and spicy with gentle vanilla, it's an assertive and complex Highland dram.
Notify me when this product is back in stock. 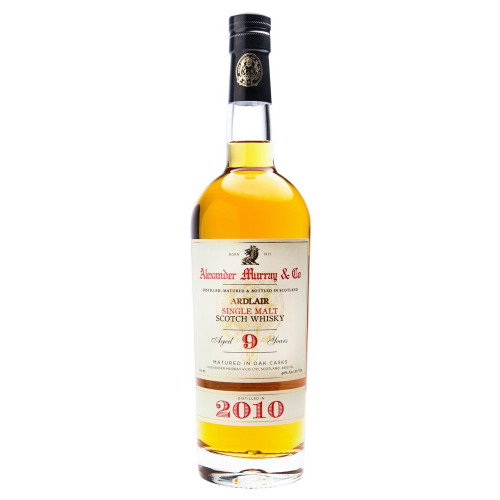 The company has also been working with trade customers all over the USA, developing and launching their own brand spirits. Lipp feels huge pride for and is passionate about promoting ‘The Water of Life’, and firmly believes Scotch whisky should be approachable and accessible to all. The label has a diverse lineup of products ranging from their extensive Vintage Malt collection, the Monumental blended Scotch range (available in 18- and 30-year-old expressions), The Polly’s Casks bottlings containing Tullibardine single malt finished in Firestone Walker’s Double DBA beer casks, and their signature single malt, the Bon Accord, to name a few.

This expression comes from Ardmore, a Highland distillery with a Speyside twist. Ardmore’s distinctiveness transcends its whisky. Its mighty Victorian distillery is a sight to behold, nestled incongruously amongst the placid Highland countryside, home to the rarity that is the peated Highland single malt. They produce 2 different spirit styles at 2 separate times of the year, Ardmore being heavily peated, Ardlair (or sometimes "Ardless"), the unpeated one. Due to the fact that both are produced by the same distillery, the two styles can be vatted together while still remaining a "single malt". This Ardlair is an unpeated 9-year-old, a vatting of several hogsheads from the 2010 vintage. It's nutty and spicy with gentle vanilla and citrus notes.

It's a rich single malt with nutty notes of mixed nuts and sweet almonds and gentle vanilla on the nose. The palate has citrus notes along with pleasant spice and oak. The finish is gently warming.