Learn more
Size750mL Proof86.6 (43.3% ABV) *Please note that the ABV of this bottle may vary
Crafted using the cold-compounding method, this gin is pot-distilled with juniper, coriander, and other botanicals, before being infused with another 6 botanicals.
Notify me when this product is back in stock. 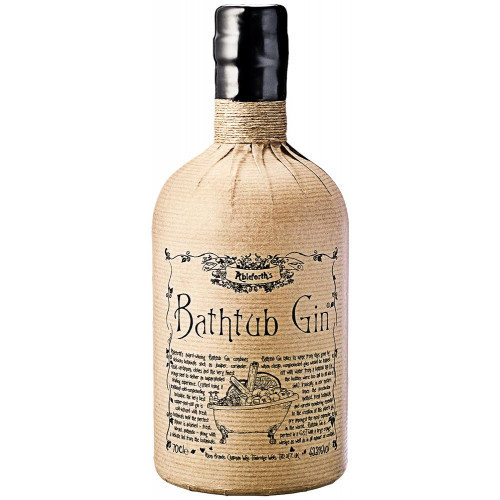 Their Bathtub Gin is the showrunner, and rightly so. Copper-pot distilled with juniper, coriander, and other botanicals, a portion of this gin is then infused with another 6 botanicals (including orange peel, clover, cardamom, cinnamon), which takes an entire week. The cold-compounding method results in a slight hue in the finished 86.6-proof liquid that is uniquely aromatic.

Ableforth's was founded in 2011 by a group of 3 friends who share a love for spirits ranging from gin to rum and everything in between. The brand started with extremely small batches of 30 to 60 bottles at a time but has since grown considerably, expanding its production as well as the team. Taking inspiration from the past and combining it with a modern production process and approach, they craft innovative spirits, always putting the taste first and never compromising.

This has led them to adopt a slow infusion process as well as incorporate various super-premium ingredients in their creations, such as XO cognac. They have several gins, rums, and brandies in their lineup ranging from Cask-Aged, Old Tom, and Sloe Gin to Rumbullion! XO and Chilli & Chocolate spiced rum, Cherry and Dark Chocolate VSOP brandy as well as Summer Fruit Cup and Winter Mulled Cup.
Explore all Ableforth's bottles >>