Size750mL Proof88 (44% ABV)
This Dutch inspired rye-based gin is named after the legendary Gowanus, the great chief of the Canarsees during Brooklyn’s Dutch days.
Notify me when this product is back in stock. 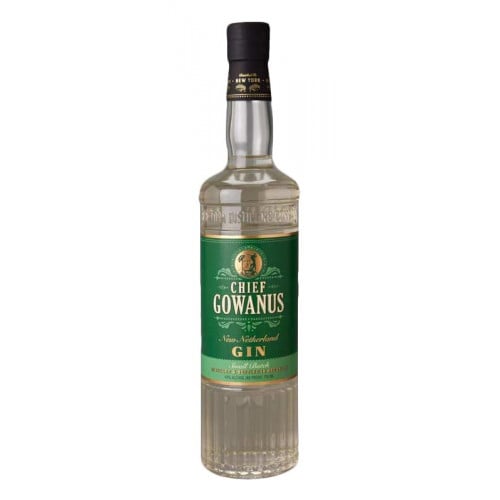 Allen Katz, co-founder of New York Distilling Co., together with Tom Potter, founder of Brooklyn Brewery, Katz opened the doors to the 5,000 square-foot New York Distilling Co. facility in Brooklyn (the distillery straddles the neighborhoods of Williamsburg and Greenpoint — one door to the distillery opens up to the Williamsburg zip code and the other to the Greenpoint zip code) in 2011. Since its launch, the distillery has produced a number of highly innovative and original spirits.

Chief Gowanus Gin is named after the legendary Gowanus, the great chief of the Canarsees in the days of Dutch Brooklyn. It is inspired by Dutch-Americana recipe discovered in the early 19th century by drinks historian Dr. David Wondrich. Essentially made from American rye whiskey, this "Holland gin" is distilled in the old Dutch colony of Brooklyn from grains grown in New York State.

The gin is produced from NY Distilling Co.’s unaged, double-distilled rye whiskey. This whiskey is distilled a third time through a traditional pot still, along with juniper berries and a handful of Cluster hops. These hops were most likely the variety used in the early 19th century. The resultant spirit is aged for three months in an oak barrel imparting smoothness to the gin.