Size750mL Proof94.3 (47.15% ABV)
This limited-edition bourbon is crafted with a much higher percentage of rye in its mash bill. The flavor-packed 94.3-proof expression has earned a Gold Medal at the San Francisco World Spirits Competition.
Notify me when this product is back in stock. 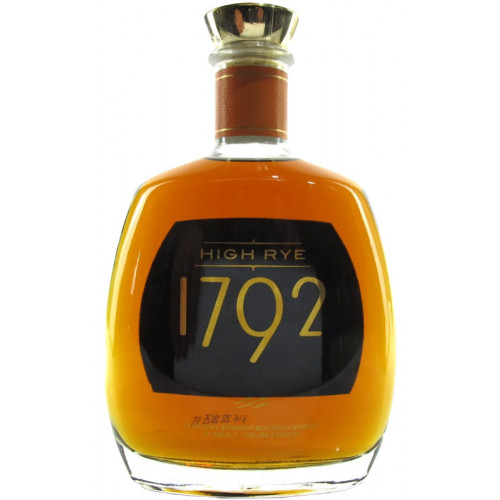 In 1876, John D. Willett — one of Kentucky's original bourbon aristocrats — transferred his interest in the Willett & Frenke Distillery to his sons-in-law, Benjamin Mattingly, and Thomas Moore. Mattingly and Moore continued to operate the Willett & Frenke Distillery together until 1881 when Mattingly finally sold his stake in the company to a group of investors. Within a few years, Thomas Moore acquired complete control over the distillery and eponymously renamed it.

Moore would continue to operate the distillery for another five decades until he was ultimately forced to close his doors at the onset of Prohibition. Today, the Barton 1792 Distillery operates on the same site as the historic Tom Moore Distillery and continues to use the same methods that Moore used over a century ago when distilling his own bourbon. After the grains are harvested, they are mashed and fermented before being distilled through a copper-pot still. Next, the whiskey is aged in new, American oak casks on the distillery's estate in Bardstown, Kentucky.

The limited-edition 1792 High Rye is crafted with a much higher percentage of rye in its mash bill, resulting in a robust and flavor-packed expression with peppery rye spice balanced by the sweet caramel notes that are extracted from the charred white oak casks during the years of maturation. Bottled at 94.3 proof, the bourbon has won several awards, including a Gold Medal at the San Francisco World Spirits Competition.

Grab your bottle of this high-rye bourbon today!

The nose is light with citrus, vanilla, oak, and gentle spice notes. The bourbon is sweet on the palate with a balance of caramel, butterscotch, vanilla, fruit, and peppery rye spice. The finish is peppery with lingering sweetness and oak.