We're showing you items that ship to TN.

Learn more
Size750mL Proof125 (62.5% ABV) *Please note that the ABV of this bottle may vary
This exceptionally distinct full proof bourbon earned a Silver medal at the 2018 San Francisco World Spirits Competition, and 93 points at the 2018 Ultimate Spirits Challenge.
Notify me when this product is back in stock. 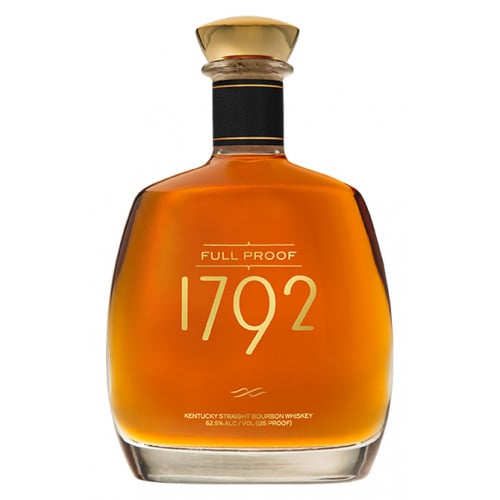 1792 Small Batch Kentucky Straight Bourbon Whiskey, is named after the year that Kentucky achieved statehood in the United States. This full proof bourbon is bottled at its original 125 entry proof, just as it was years ago when the barrels were first filled. This exceptionally distinct full proof bourbon earned a Silver medal at the 2018 San Francisco World Spirits Competition, and 93 points at the 2018 Ultimate Spirits Challenge.

Strong and full of flavor, this bold bourbon boasts an incredible deep and smoky taste, superbly balanced with sweet vanilla and notes of caramel.