Learn more
Size750mL Proof101 (50.5% ABV) *Please note that the ABV of this bottle may vary
The 2020 edition of the annual Yellowstone Limited Edition series is a 7-year-old straight bourbon that was finished in French armagnac casks, adding complexity to the spirit.
Notify me when this product is back in stock. 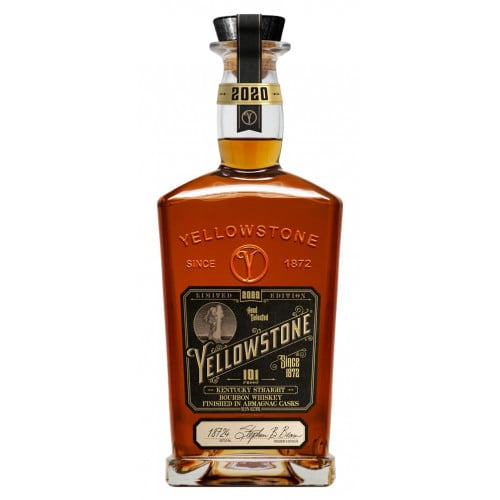 The annual Limited Edition series of straight bourbons from Yellowstone has been around since 2015. The blended bourbons are on the experimental side, having been aged in (sometimes re-charred, even multiple times) wine casks, resulting in unique expressions. The 2020 edition is a 7-year-old small-batch affair that was finished in French armagnac casks, imparting the bold, oaky, and sweet bourbon with toffee, butterscotch, and chocolate notes.

The well-rounded bourbon's nose has leather, honeydew melon, and hints of chocolate. There's vanilla, burnt orange, oak, and dried plum on the palate. Finishes with a coconut note and lingering oakiness.