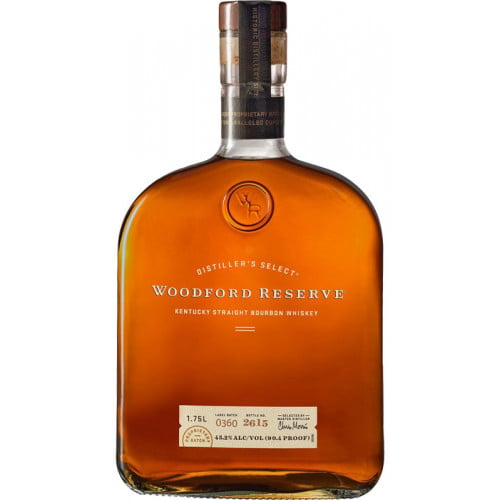 As the official bourbon of the Kentucky Derby, Woodford Reserve Distiller’s Select is “comprised of more than 200 detectable flavor notes, from bold grain and wood, to sweet aromatics, spice, and fruit & floral notes.” The smooth and decadent flagship bottling has been winning awards since 1999, with an exhaustive list of accolades that includes a winning streak of Gold and Double Gold Medals at the San Francisco World Spirits Competition four consecutive years (2011-2014).

Pick up a bottle of this iconic bourbon today!

Clean, brilliant honey amber complexion, with notes of rich dried fruit, hints of mint and oranges covered with a dusting of cocoa, faint vanilla and tobacco spice on the nose. The palate is rich, chewy, rounded and smooth, with complex citrus, cinnamon and cocoa. Toffee, caramel, chocolate and spice notes abound. The finish is silky smooth, almost creamy at first with a long, warm satisfying tail.