Be the first to review this product
This rye received first place for “Best World Rye Whisky” at the International Whisky Competition and earned 92 points “Highly Recommend” at the 2016 Ultimate Spirits Challenge.
Add to Wish List
Notify me when this product is back in stock.

William Wolf Rye Whiskey was founded by Jimmy Goldstein, the president of a major spirits import company Wingard Inc. The spirits company is known for their various flavored whiskeys including their Pecan Bourbon. “William Wolf Rye Whisky is produced in small batches. Batch #1 is a limited edition of 4,164 bottles. Unlike most Rye whiskies, William Wolf Rye is produced from a mash of 100% Rye and Malted Rye and is distilled in small copper pot stills. The result is an exceptional flavor that is perfect when served straight up or in a cocktail” (producer).

Fruit herbal notes with a hint of spice on the nose. The palate is lightly spiced with hints of vanilla, orange and tropical fruits. The finish is medium dry, smooth and lingering. 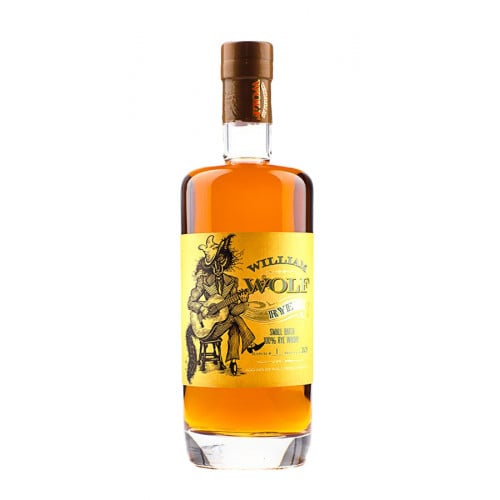