Be the first to review this product
Inspired by New York rye whiskeys from the revolutionary war era, this blend of straight rye from New York and the American Heartland in aged for at least 3 years in American oak barrels.
$43.99
Add to Wish List

Inspired by rye whiskeys from the revolutionary war era, Fort Hamilton Double Barrel Rye is a blend of straight ryes from New York and the American Heartland. Crafted from New York rye grain and malted barley, it’s aged in char #3 American oak barrels for at least 3 years. Bottled at 90 proof and non-chill filtered, this is a versatile, full and robust expression that’s perfect for slow sipping but will perform well at mixing as well.

Fort Hamilton began in 2016 in Brooklyn, New York, and it was inspired by the landmarks of the Revolutionary War and Alexander Hamilton’s Hearts of Oak militia’s raid on lower Manhattan in August 1775. Focusing on the celebration of New York Rye style whiskey, which was widely popular until prohibition, they honor this tradition and never use corn in their mash bills. You also won't find any colorings, flavorings or any artificial substances in their whiskey.

A bold and spicy nose with aromas of grain, wood, and mint. The palate is smooth soothing, with flavors of oak, cedar, and black pepper. The finish is pleasantly warming. 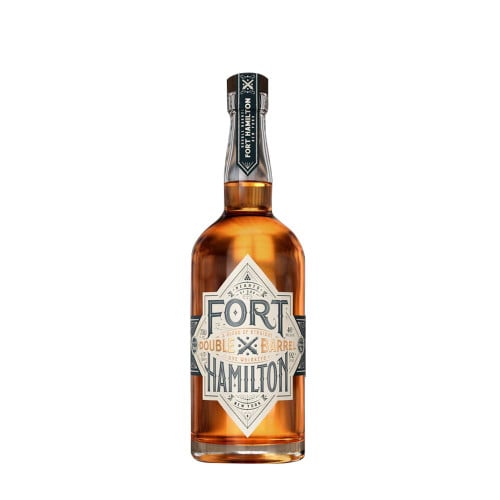