Size750mL Proof90.4 (45.2% ABV)
Distilled from rye proudly grown in New York State, this uncompromising, 1920s-inspired whiskey is aged exclusively in full-size barrels.
Notify me when this product is back in stock. 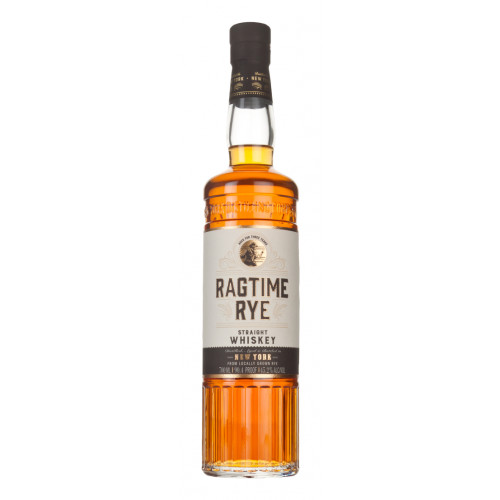 Allen Katz, co-founder of New York Distilling Co., together with Tom Potter, founder of Brooklyn Brewery, Katz opened the doors to the 5,000 square-foot New York Distilling Co. facility in Brooklyn (the distillery straddles the neighborhoods of Williamsburg and Greenpoint — one door to the distillery opens up to the Williamsburg zip code and the other to the Greenpoint zip code) in 2011. Since its launch, the distillery has produced a number of highly innovative and original spirits.

This Ragtime Rye is the passion project of the New York Distilling Company. A longtime goal came to life as their whiskey came of age, in 53-gallon new, charred American oak barrels. The distillery’s lineup includes several innovative releases including this Ragtime rye. This spirit spent 3.5 years in the barrel, handcrafted from a mash of 72% rye, 16% corn and 12% barley.