We're showing you items that ship to PA.

Learn more
Size750mL Proof100 (50% ABV) *Please note that the ABV of this bottle may vary
This expression from the super-premium Master's Keep series holds a special place in Wild Turkey's lineup as the oldest whiskey they have on offer. The 17-year-old 100-proof whiskey was hand-selected by Master Distiller Eddie Russell in order to create a truly big and bold expression.
Notify me when this product is back in stock. 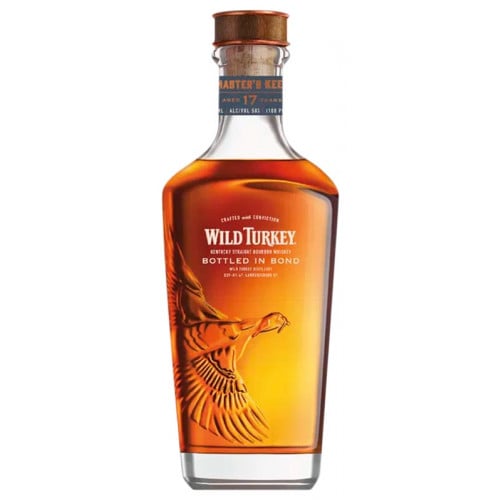 Wild Turkey Master's Keep series explores the premium end of American whiskey. Master's Keep 17 Year Old Bottled in Bond holds a special place in their lineup as the oldest whiskey they have on offer. Only the second expression with the bottled-in-bond designation from the producer, this 100-proof whiskey was hand-selected by Master Distiller Eddie Russell in order to create a truly big and bold expression. "We took the historic process and protocol of aging for four years to the next level and allowed the liquid to rest for 17 years. We aged and perfected this rare, 17-year-old bourbon in Wild Turkey’s Camp Nelson rickhouses," says Russell.

The big and bold whiskey is exquisitely well-balanced and aged to perfection. There are notes of toasted oak, apple, and dark cherry, as well as vanilla, brown sugar, and toffee. Finishes long with coffee, spice, and smoky notes lingering.