Learn more
Size750mL Proof81 (40.5% ABV) *Please note that the ABV of this bottle may vary
This special edition Wild Turkey is a part of the Veteran Artist initiative, a unique program that promotes the works of veteran artists.
Notify me when this product is back in stock. 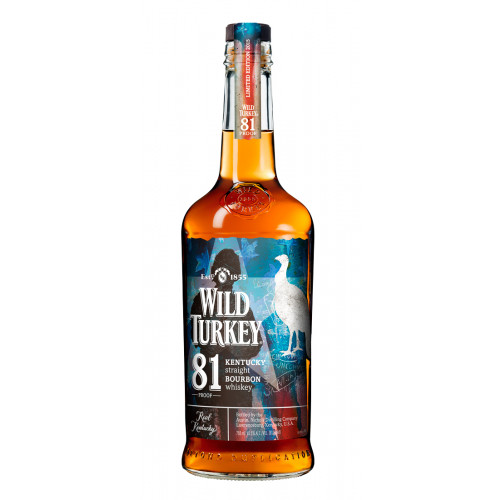 This special edition Wild Turkey bourbon is a part of the Veteran Artist Program, an initiative that supports the art of veterans, promoting their work into the mainstream creative arts community through networking, collaborations with professional artists, and mentorships. This high-rye release is aged for an extended 5-8 years and bottled at 81 proof. Expect delicious, complex notes of spice, oak, fudge, vanilla and Manuka honey.

Pick up your bottle of this Veteran’s special edition today!

Spiced oak, vanilla, fudge, rye spice and coffee aromas on the nose. The palate is rich and full-bodied with sweet notes of Manuka honey, caramel, and fudge. Subtle notes of rhubarb, custard, and espresso follow. The finish has candied notes of caramel and coffee, with hints of Black Forest honey and fresh baked Hot Cross Buns, followed by barrel char and spice.