This product is available in: DC, OK Unfortunately, we can't ship to PO Boxes and APO addresses.

Size2840mL Proof16 (8% ABV)
Surge is White Claw Hard Seltzer's bolder brother. The can is larger at 16 oz and the alcohol content higher at 8% ABV, but it's still deliciously citrusy and refreshing.
Notify me when this product is back in stock.

This product is available in: DC, OK Unfortunately, we can't ship to PO Boxes and APO addresses. 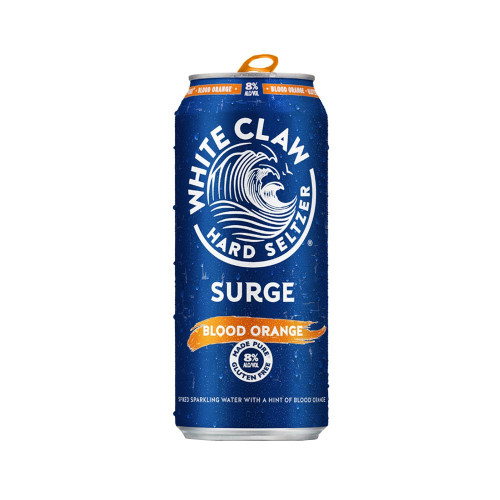 White Claw Surge takes hard seltzers to new heights with its higher, 8% ABV. Surge Blood Orange is bolder than your regular hard seltzer, yet still equally refreshing with a touch of sweetness and citrusy orange flavor. Both surges come in larger 16 oz cans with 220 calories per can. It's made with purified carbonated water, alcohol, natural flavors, cane sugar, citric acid, and sodium citrate.

Grab your 6-pack of this bolder blood-orange-flavored version of White Claw today!

A bolder take on hard seltzer, this summer drink features a fresh profile with plenty of fruity cranberry flavor and a refreshing tartness to balance it out.