Learn more
Size2840mL Proof16 (8% ABV) *Please note that the ABV of this bottle may vary
Surge is a bolder, 8% ABV hard seltzer from White Claw. The refreshingly fruity and tart profile is there, except it's turned up a notch.
Notify me when this product is back in stock. 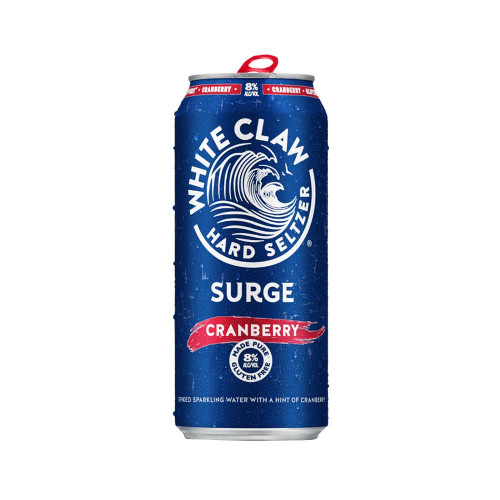 White Claw Surge takes hard seltzers to new heights with its higher, 8% ABV. Bolder than your regular hard seltzer, it features a refreshing cranberry taste. Each 16 oz can of Surge Cranberry has 220 calories. It is produced with purified carbonated water, alcohol, natural flavors, cane sugar, citric acid, and sodium citrate.

Grab your 6-pack of this bolder cranberry-flavored version of White Claw today!

A bolder take on hard seltzer, this summer drink features a fresh profile with plenty of fruity cranberry flavor and a refreshing tartness to balance it out.