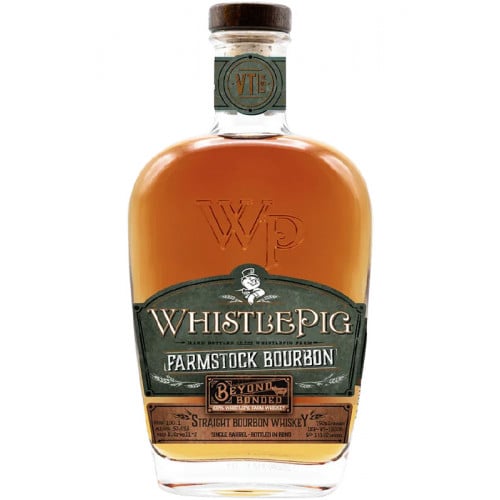 2021 marks a special year for WhistlePig. They have released their very first grain-to-glass expressions with the two Beyond Bonded whiskeys, the Farmstock Rye and the Farmstock Bourbon. Both single-barrel expressions aged at least 4 years in Vermont Estate oak casks, these are bottled at 100.1 proof ― hence the "Beyond Bonded" moniker. The Beyond Bonded Bourbon marks yet another milestone for the distillery, being their first-ever bourbon whiskey. Crafted with a mash bill of 51% dent corn and 49% Remington and Rifle rye from their North Orwell fields 1 & 2.

You can expect a fruity and sweet nose with corn, maple syrup, dark fruit, as well as spicy cinnamon and herbal aromas. The palate is equally sweet with brown sugar and citrus zest, culminating in a finish with hints of dark chocolate.