Learn more
Size750mL Proof92 (46% ABV)
This special bottle is a Caskers exclusive. Each bottle signed personally by Westland's Head Distiller Matt Hofmann.
Notify me when this product is back in stock. 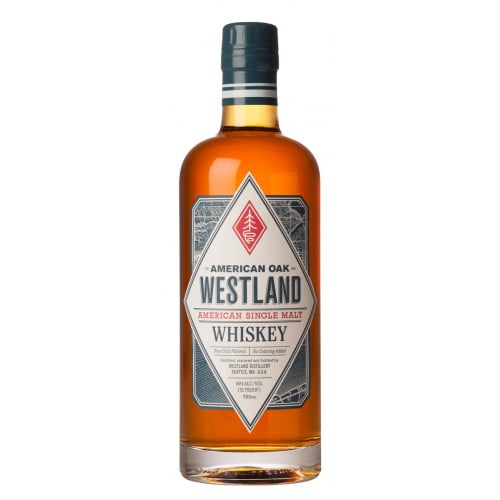 Westland championed the American single malt movement, and in honor of this paradigm shift, Westland is dishing out signed bottles of the distillery’s flagship American Oak whiskey for the fellow American whiskey drinker. Only 200 bottles of these bottles will be released, each signed personally by Head Distiller Matt Hofmann. Exclusively for Caskers, this is a truly exquisite commemorative bottling you won't want to miss.

Westland Distillery was co-founded by Matt Hofmann in 2010 in Seattle, WA. Westland Distillery mashes, distills, matures and bottles American Single Malt Whiskey in the heart of the Pacific Northwest. Hofmann— Westland’s co-founder, Master Distiller, and honorary pioneer of the American Single Malt whiskey movement— fell in love with the single malt after going to Islay and experiencing the golden drams of Islay.

Westland American Oak Single Malt Whiskey is made from five exceptional roasted and kilned barley malts the base of which is pale malt grown right in the state of Washington. Drawing inspiration from the rich brewing culture of the Pacific Northwest, several specialty malts (Munich Malt, Extra Special Malt, Pale Chocolate Malt and Brown Malt) are then added before the resulting mash is fermented with a Belgian brewer’s yeast for 144 hours. Then, the whiskey is distilled through Westland’s copper-pot stills and aged in a combination of Cooper's Select New American Oak, Cooper's Reserve New American Oak, and first fill ex-bourbon barrels.

The initial nose provides lemon and orange custard backed by freshly produced waffle cone. Shortly after, a rich creaminess emerges with creme brûlée and chocolate custard while a hint of jasmine hides just beneath the surface. The first sip confirms the creamy and rich fruit custard notes of the nose, adding an element of rainier cherries. After five minutes, melting swiss chocolate is revealed with a hint of almond. Extended tastings brings out bananas and cream with Turkish coffee.