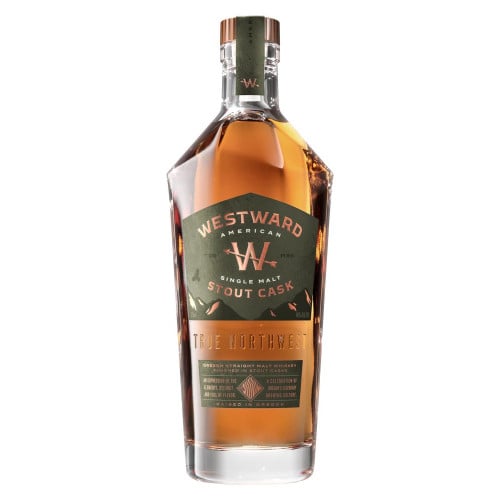 Oregon Stout Cask is Westward’s tribute to its home in one of the most iconic beer-producing regions of the world; it grew out of Westward’s longstanding cask-trading tradition among a select group of beer producers in the Northwest. Westward is a brand rooted in partnerships and for as long as the distillery has been making whiskey, it has traded its freshly-emptied barrels with some of its brewing friends in and around the Northwest, who have in turn "seasoned" them with Stout before returning them again. Each cask has housed Stout beer from a variety of leading stout producers throughout Oregon, including Breakside Brewing, Deschutes Brewery, Fort George Brewery, Migration Brewing, and Grains of Wrath Brewing, among others.

Westward Oregon Stout Cask begins with their delicious American Single Malt and is then aged for one additional year in freshly-emptied stout beer casks. Boasting aromas of roasted grain and stone fruit with toasted pecan and milk chocolate on the palate, this is truly a mouthwatering expression.

The nose is bold with notes of roasted grain and stone fruit. The palate delivers toasted pecan and milk chocolate, enhancing the signature toasted character of the Westward American Single Malt. The finish is bold and dry.