Size750mL Proof60 (30% ABV)
This flavored vodka is crafted with Western Son Original Texas Vodka, a spirit that is distilled 10 times from a mixture of Midwest and Texas yellow corn. With natural raspberry flavors added, you can expect a fruity and sweet flavored vodka that's bottled at 60 proof. 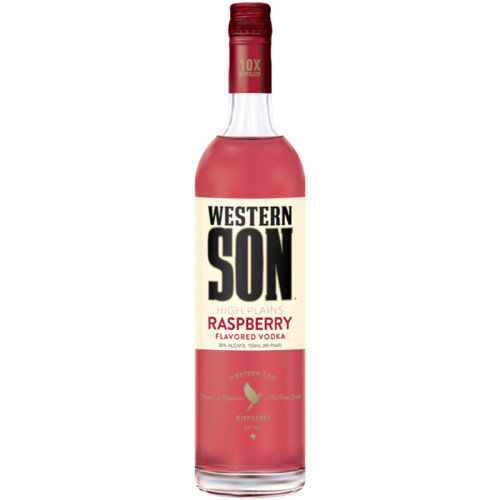 Get your bottle of this fruity vodka today!

The vodka has an attractive pink hue with raspberry aromas immediately apparent on the nose. The palate is equally fruity and sweet with berry and bubblegum notes. The finish is bittersweet with lingering raspberry.