Size375mL Proof70 (35% ABV)
Distilled five times CÎROC Apple is masterfully infused with a blend of apple and other natural flavors to give an tarty twist to your favorite cocktail.
Notify me when this product is back in stock. 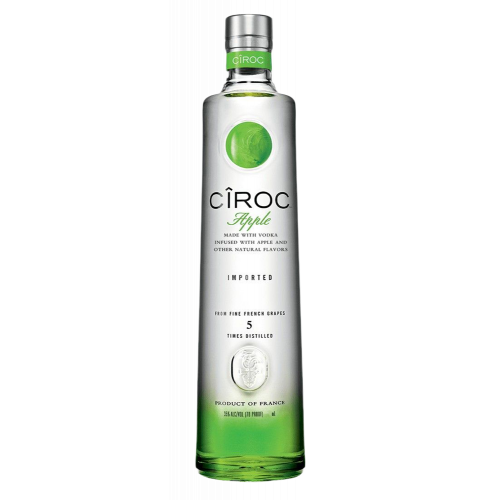 Distilled five times CÎROC Apple is masterfully infused with a blend of apple and other natural flavors, resulting in a luscious, smooth vodka. Enjoy it on the rocks, as a shot, or mixed in your favorite cocktail.