Size750mL Proof92 (46% ABV)
This whisky starts with Virginia Distillery's unique blend of their own American single malt and Scotch malts. Then, it is finished in cider casks from Potter's Craft Cider and Buskey Cider ― both Virginia cideries.
Notify me when this product is back in stock. 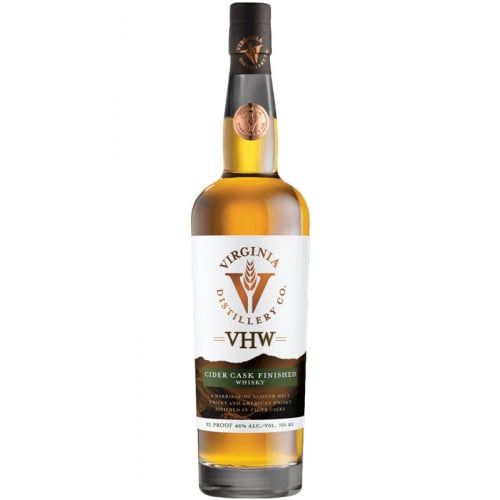 VHW Cider Cask Finished Whisky takes that innovative blended whisky for a round of finishing in cider casks. These were sourced from Potter's Craft Cider and Buskey Cider, both Virginia cider producers. After spending from 8 to 20 months in these casks, the whisky is bottled at 92 proof. The expression made it onto Whisky Advocate's "Top 20 Whisky of 2018" list.

The nose is fresh and fruity with apple, vanilla, and a distinct nuttiness with toasted pecans. You'll find honeycomb, butterscotch, and vanilla on the creamy palate. Hints of biscuits make an appearance on the finish.