Size750mL Proof92 (46% ABV)
The VHW lineup is based on Virginia Distillery's own American single malt that gets blended with Scotch malt whisky. This expression is finished for 1 year in Chardonnay wine casks from Virginia wineries.
Notify me when this product is back in stock. 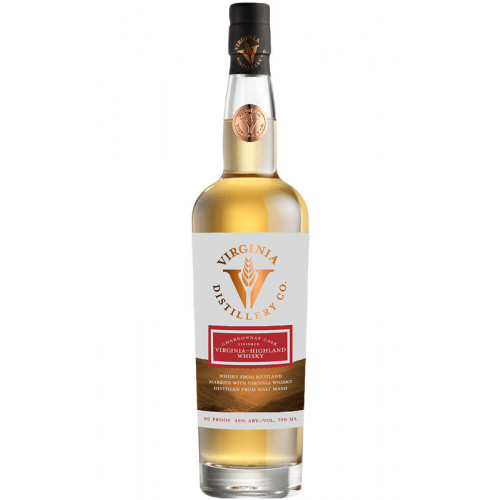 The nose opens with bright and citrusy aromas of lemon zest, green apple, and honeysuckle. The palate is fruity with pear, vanilla, and baking spice notes that linger through the creamy finish.