$135.99
Caskers Rewards members earn up to 6 store points back when buying this bottle. 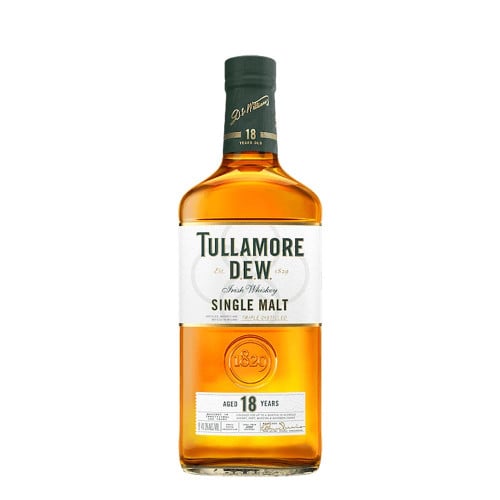 Tullamore DEW 18 Year Old Single Malt Irish Whiskey is a triple pot-still distilled single malt whiskey. While the distillate that makes up the 14 year old Tullamore spends between five and seven months finishing its maturation in Madeira, Oloroso, and Port casks before being blended, this release is made from whiskey that have spent ten to twelve months maturing in their respective cask finishes after having spent the beginning of the aging process in American oak previously filled with bourbon.

As a result of both the blending and aging process, Tullamore DEW 18 Year Old Irish Whiskey has an aroma of malt, oak, apples, and tobacco with a palate consisting of tropical fruit, vanilla, butter followed by a long sherry finish.

Aroma of malt, oak, apples, and tobacco with a palate consisting of tropical fruit, vanilla, butter followed by a long sherry finish.