Learn more
Size750mL Proof92 (46% ABV) *Please note that the ABV of this bottle may vary
This Irish whiskey was released to celebrate the reopening of the Tullamore DEW Visitor Centre in 2012. Aged in ex-bourbon and sherry casks, it was originally available exclusively at the visitor centre. The rich, warming, spicy, and fruity expression is bottled at 92 proof.
Notify me when this product is back in stock. 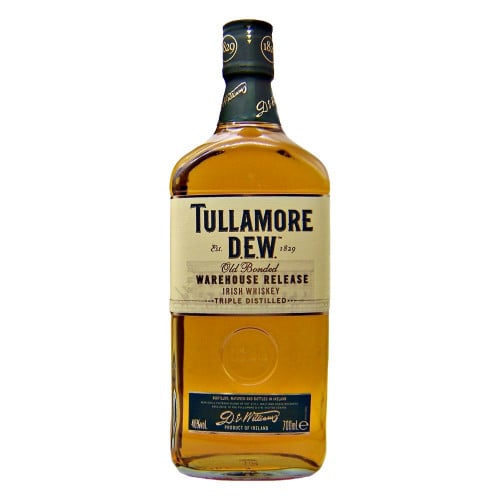 The Tullamore DEW Visitor Centre was reopened in 2012. The Old Bonded Warehouse was developed for this event. The whiskey is triple distilled and triple blended with golden grain, mellow malt, and pure pot-still whiskey, with the latter present in a high percentage. Originally available exclusively at the visitor center, this 92-proof expression is aged in ex-bourbon and Oloroso sherry casks. It's rich and warming with a pleasant balance of spice and fruitiness.

Get your bottle of this tasty Irish whiskey today!

The aroma is vibrant with lemon zest, rich vanilla, oak, and hints of nuts. The whiskey is medium-bodied with a pleasant sweetness and a balance of spice and fruitiness, as well as some earthy undertones. The finish has lingering honey, dried fruit, and oak notes.