Size750mL Proof100 (50% ABV)
This rare gem boasts of young green pepper with a hint of pear and green apple, balanced by a mild caramel and rich spice finish.
Notify me when this product is back in stock. 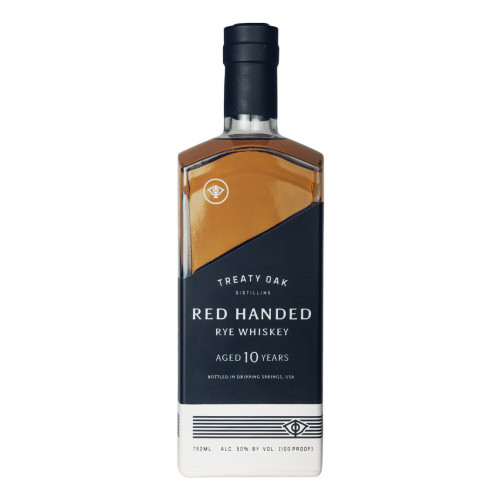 Central Texas has a very different climate than Kentucky and other areas producing whiskey. The wide swings of temperature and humidity allow for a maturation that is specific to the weather of the hill country. Their non climate controlled rickhouse was designed to showcase the dynamic climate.

Red-Handed Rye is sourced from the Schenely Distillery and aged 10 years at 100 proof. This rare gem boasts of young green pepper with a hint of pear and green apple, balanced by a mild caramel and rich spice finish. The result is a unique and complex drinking experience.