Size750mL Proof95 (47.5% ABV)
This stunning bourbon earned “Triple Gold” at the 2018 MicroLiquor Spirit Awards and a Gold Medal from the Beverage Tasting Institute in 2018.
Notify me when this product is back in stock. 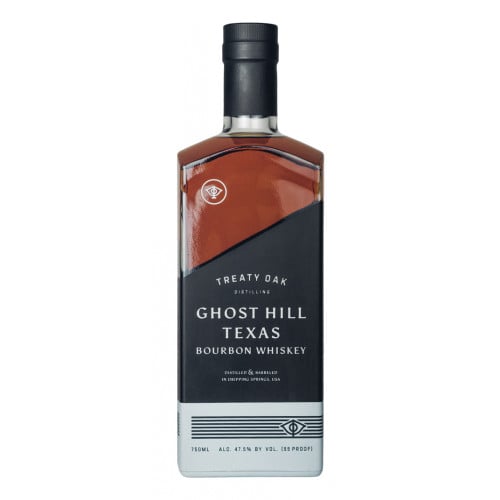 All of their Char 3 barrels are sourced from Kelvin Cooperage in Louisville, Kentucky. One of the defining points of their process is that they toast the barrel before they char creating a better caramelization of the oak.

Central Texas has a very different climate than Kentucky and other areas producing bourbon. The wide swings of temperature and humidity allow for a maturation that is specific to the weather of the hill country. Their non climate controlled rickhouse was designed to showcase the dynamic climate.

Named after their 28-acre ranch home in Dripping Springs, Texas, Ghost Hill Bourbon is a unique whiskey made with local heirloom grains from Barton Springs Mill. A genuine grain to glass bourbon, it is mashed, fermented, distilled, barreled, aged 2 years and bottled on-site at our Treaty Oak Distillery. Ghost Hill is a Bourbon born of years of purposeful experimentation.