Size750mL Proof90 (45% ABV)
Tincup Straight Rye whiskey was created to capture the boldness and spirit of the Old West. Its subtle spice notes across your palate will leave a lasting impression long after that last sip is gone—just like an American classic should!
Notify me when this product is back in stock. 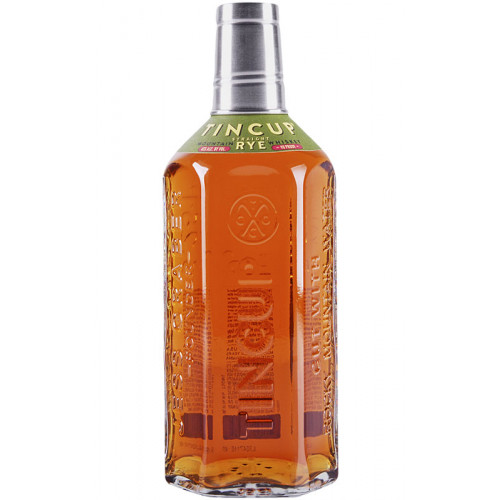 Tincup Straight Rye Whiskey is a tribute to the bold and spirited origins of Tin Cup, Colorado. With a fiery kick and a flavor that packs a punch, this whiskey matches the rugged spirit of the Old West.

Made from 95% Mid-Western Rye & 5% Barley, it is distilled and aged for three years before being cut to proof. The result is a highly aromatic rye whiskey with subtle spice notes that dance across your palate.

Poured over ice or in your favorite craft cocktails, Tincup Straight Rye Whiskeys' blend of sweetness and spiciness makes it one of our most versatile whiskeys yet.

The Rye's golden amber color is complemented by sweet vanilla and fresh tobacco aromas. On the palate, bold spices come forward before giving way to a lingering caramel finish with silky tannins.