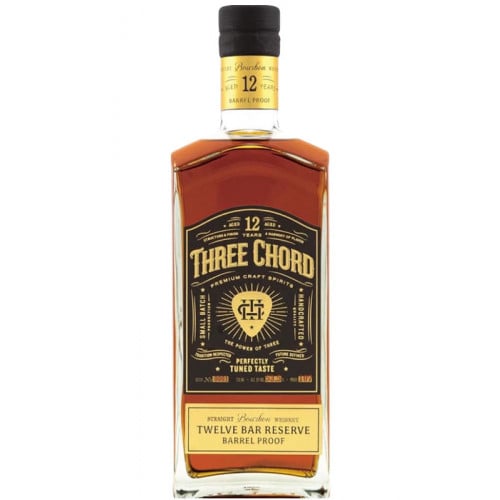 Three Chord Twelve Bar Reserve Straight Bourbon Whiskey features a mash bill of 84% corn, 8% rye, and 8% malted barley. Aged 12 years, the expression pays tribute to the 12-bar blues, the chord progression that is at the core of some of the greatest music produced. The structure, tone, and character are unique to each artist, making each interpretation unique. The chewy, complex, and oaky expression is bottled at 107 proof, only 600 bottles at a time.

The fragrant nose opens with a balance of caramel and vanilla aromas. It's chewy and complex with vanilla, charred oak, clove, and honey sweetness on the palate. The finish is long with charred oak and peppercorn notes that really shine with a drop or two of water.