Size750mL Proof85 (42.5 % ABV)
This expression takes its inspiration from the three-chord progression that is at the heart of so much great music. Crafted with a mash bill of 80% corn, 10% rye, and 10% malted barley, the whiskey is aged upwards of 36 months. 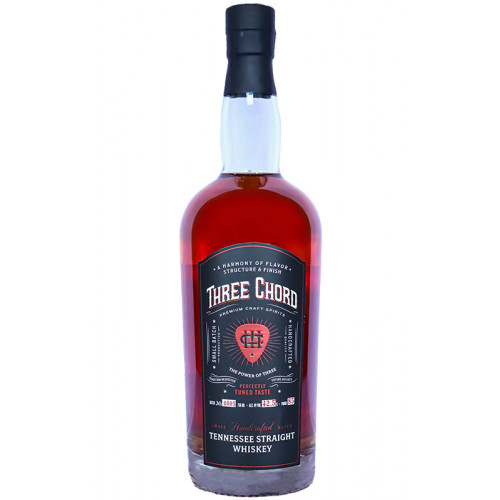 Three Chord Tennessee Straight Whiskey is crafted with a mash bill of 80% corn, 10% rye, and 10% malted barley. After distillation, it is aged at least 36 months. The whiskey is maple charcoal filtered and bottled at 85 proof. Taking its inspiration from the three-chord progression that is at the heart of so much great music, the whiskey is oaky with light smoke, vanilla, caramel, and fruit notes.

The nose opens with aromas of dark sugar, vanilla, hints of smoke, banana, and baking spice. The palate is oaky with caramel, gentle smoke, corn cakes, and orchard fruit. The medium-long finish is gently spicy, clean, and smooth.