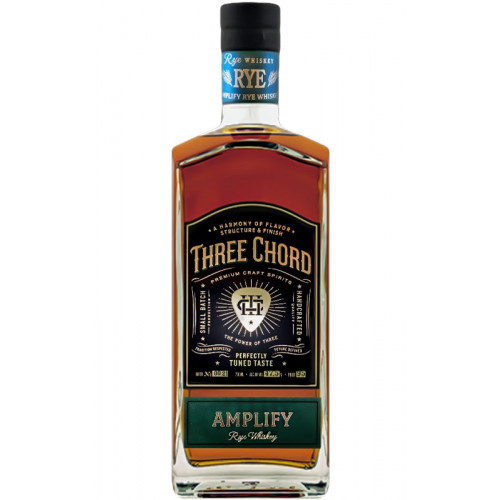 Three Chord Amplify is a rye whiskey with a mash bill of 95% rye and 5% malted barley. The dry and spicy expression combines a grain-forward and grassy young Kentucky rye with an older Indiana rye. After the two are blended, they are re-barreled for 2 to 6 months before being bottled at 95 proof. Complex and balanced, you'll find notes of citrus, blossoms, rye spice, black pepper, clove, and dark fruit.

The nose opens with floral and citrus notes, along with rye and dark cherries. The palate is complex with a pleasant sweetness, rye spice, citrus zest, black pepper, clove, and dark fruit. The finish is silky-smooth with mint and herbaceous notes.