Size750mL Proof118 (59% ABV)
Aged 5 years in ex-Bourbon casks and finished for another 2 in Oloroso sherry casks, this rich and smooth Irish single malt is bottled at 118 proof. This expression is limited to 1200 bottles.
Notify me when this product is back in stock. 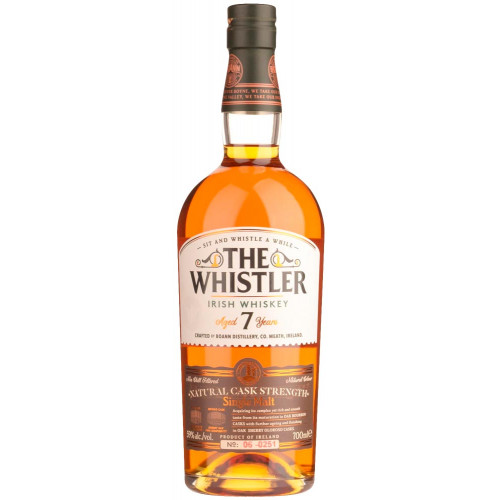 The company was launched by Patrick and Marie Cooney with several other family members. Backed by 40 years of experience in the industry, the family has the know-how, skill, and passion to create premium Irish whiskey. On one hand, they honor the rich tradition of Irish whiskey, on the other they take innovative approaches using cutting-edge technology which includes their state-of-the-art brewhouse and unique 3 copper-pot stills that use nanotechnology ― all with the goal of creating some of the finest whiskey and craft gin.

The Natural Cask Strength expression from their Single Malts series is aged 5 years in ex-Bourbon oak casks, then aged and finished further in Oloroso sherry oak casks for another 2 years. Bottled without chill filtration at 118 proof, this whiskey is limited to 1200 bottles and has won several awards with its rich and smooth profile.

The nose opens with orange zest, red apples, and salted caramel notes. The creaminess is joined by citrus and a peppery spice on the palate, with the salted caramel making a return and staying through the slightly peppery and warming finish.