Size750mL Proof80 (40% ABV)
Complex and full-bodied, this expression combines Irish malt and grain whiskeys that have been carefully selected by master distiller Michael Walsh. These ex-Bourbon aged spirits then go for 6 months of finishing in Boann's Oloroso sherry casks, resulting in a rich whiskey.
Notify me when this product is back in stock. 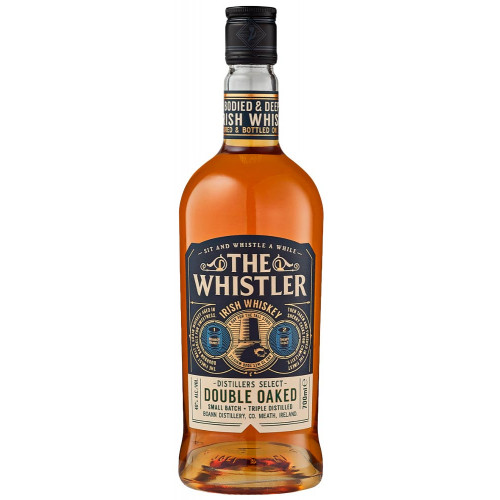 The Whistler Distillers Select Double Oaked is crafted using a combination of malt and grain Irish whiskeys, meticulously selected by master distiller Michael Walsh. Crafted in small batches, the juices that have been aged in ex-Bourbon barrels then go into Boann's Oloroso sherry casks for 6 months of additional maturation before being bottled at 80 proof.