Learn more
Size750mL Proof92.8 (46.4% ABV) *Please note that the ABV of this bottle may vary
This stunning Ardbeg is the latest release in the Ardbeg Twenty Something series.
Notify me when this product is back in stock.

This product is available in: MI, MO Unfortunately, we can't ship to PO Boxes and APO addresses. 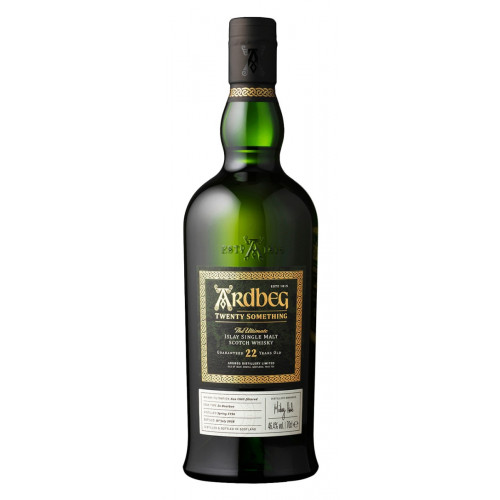 Ardbeg Uigeadail (pronounced "Oog-a-dal" ) Single Malt Scotch Whisky takes its name from Loch Uigeadail, which is situated 800 feet above sea level and remains the only source of pure water for the distillery. "It's one of the raw materials we must have," says Michael Heads, Ardbeg's Distillery Manager, of the water sourced from the loch. "Loch Uigeadail" translates as "the dark place" — it's got very deep, peaty water in it and it's what we require for making our bold whisky. So it's vitally important."

This stunning Ardbeg is the latest release in the Ardbeg Twenty Something series. The 22 Year Old pays tribute to the whisky enthusiasts of yesteryear, born during a time when the iconic Ardbeg Distillery name was almost consigned to the history books. During a period of uncertainty for Ardbeg in the 1980s and 1990s, when the stills were near dry a handful of young whisky enthusiasts laid down a handful of casks and kept the Ardbeg spirit alive. On the nose, you can expect luscious tropical fruits fading into sweet smoke, soot and tar. Take a sip and discover fresh green apples with a crumble topping. Notes of peppermint tea and vanilla guide you towards a long smoky finish.

Luscious tropical fruits on the nose, fading into sweet smoke, soot and tar. Take a sip and discover fresh green apples with a crumble topping. Notes of peppermint tea and vanilla guide you towards a long smoky finish.