Learn more
Size750mL Proof116.8 (58.4% ABV) - May Vary *Please note that the ABV of this bottle may vary
Splendid, sought-after, and discontinued. The Macallan Cask Strength Red Label is a must-have sherried delight from a bygone era.
Notify me when this product is back in stock. 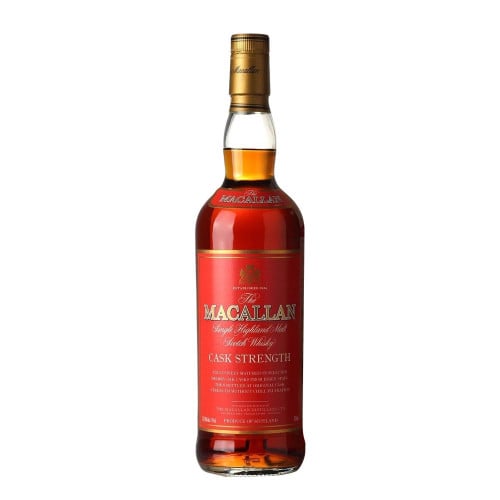 The 58.4% ABV no-age-statement The Macallan was aged in 100% Oloroso Sherry casks and bottled at cask strength in the early 2000s. It offers an unforgettable Sherry explosion with layers of dark fruit, baking spice, cinnamon, nutmeg, clove, toffee, and leather. It’s a shame they stopped producing it as it’s a dram every Speyside fan should experience.