Size750mL Proof106.8 (53.4% ABV)
This unusual Scotch was crafted by John Glaser and consists of 2 blends that were blended together at a young age, then left to age some more. One of these was 33 years old, the other possibly even older. Only 1,698 bottles were produced. 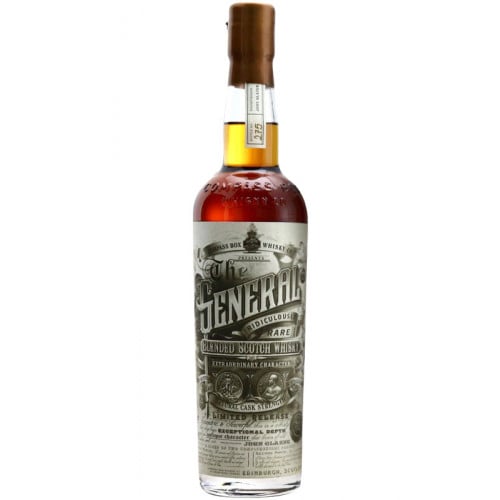 Released in 2013, The General is a very special blended Scotch whisky. It's a blend of both single malt and single grain whiskies that were blended at a very young age, then returned into casks. The final blend was crafted by John Glaser and consists of two blends, one being 33 years old. Named after a 1926 film, only 1,698 bottles were produced, so The General is getting exceedingly rare. It was bottled at a cask strength of 106.8 proof.

Get your bottle of this exquisite Scotch today!