Learn more
Size750mL Proof86 (43% ABV) *Please note that the ABV of this bottle may vary
This is the first vintage of the Glenrothes matured entirely in refill casks, bottled by Gordon Motion, Malt Master John Ramsay’s successor.
Notify me when this product is back in stock. 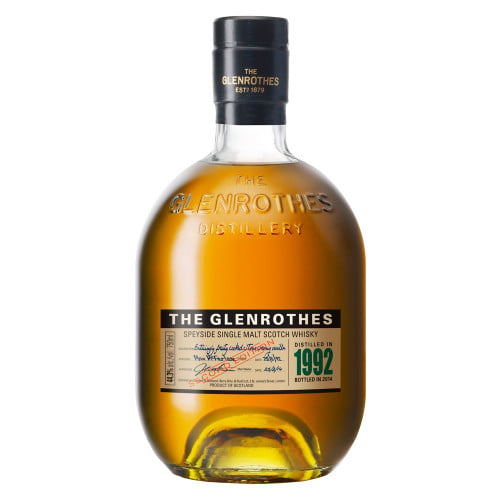 About The Glenrothes 1992 Vintage Scotch Whisky

This edition of the Glenrothes 1992 Vintage Single Malt is matured 10 years longer than the original release bottled in 2004. The whisky is comprised of the very same casks chosen for the 1st release, that were put aside to mature for a longer period of time in both refill sherry and ex-bourbon barrels. This is the first vintage of the Glenrothes matured entirely in refill casks, bottled by Gordon Motion, Malt Master John Ramsay’s successor. Non-chill filtered and bottled at 43% ABV.

Bold and elegant notes of orange zest, pear, toasted sugar, toffee and nuttiness. The palate is rich and smooth followed by a softly spiced finish.