Size750mL Proof80 (40% ABV)
This smooth sweet whisky has hints of cinnamon, cloves, and gingerbread, making it perfect for choice for cold winter nights. It has earned "94 points & Great Value" at the 2019 Ultimate Spirits Challenge.
Notify me when this product is back in stock. 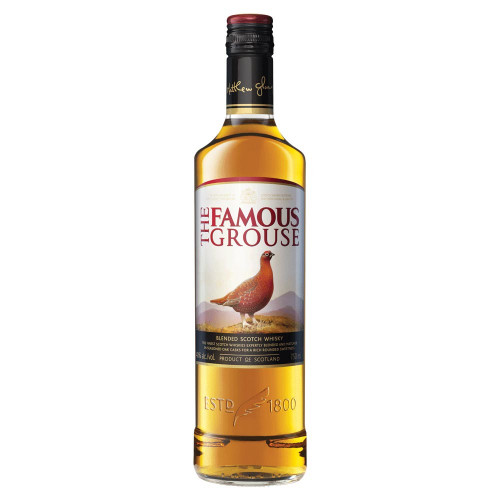 Still being firmly planted in tradition, the famous Grouse sticks to their time-honored tradition of bringing together the finest grains, pure Scottish water and carefully selected sherry-seasoned oak casks to create their uniquely rich, rounded and sweet whisky. This Winter Reserve is perfect for cold winter nights. Aged in a majority of sherry casks this single malt has hints of buttery pastry, pie, and gingerbread. Smoothness and spice and all things nice.