Size750mL Proof50 (25% ABV)
Boracay Coconut is a flavored rum that is based on Tanduay's White Rum. Sweet and creamy with a distinct coconut flavor, it's the perfect fit for many different cocktails.
Notify me when this product is back in stock. 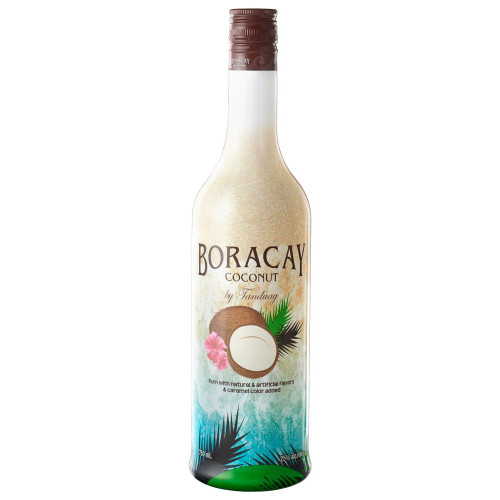 Tanduay's Boracay line consists of two flavored rums that got their name from the Filipino island that is famous for its picturesque white beaches and is based on Tanduay's White Rum with the addition of different flavorings. Bottled at 50 proof, Boracay Coconut is a creamy and sweet drink that works wonders in mixology.

Sweet and tropical, this flavored rum opens with coconut on the nose, along with almond nougat and vanilla notes. It's sweet with distinct creamy coconut on the palate. There are caramel and tropical fruit notes as well. Finishes smooth, creamy, and slightly warming.